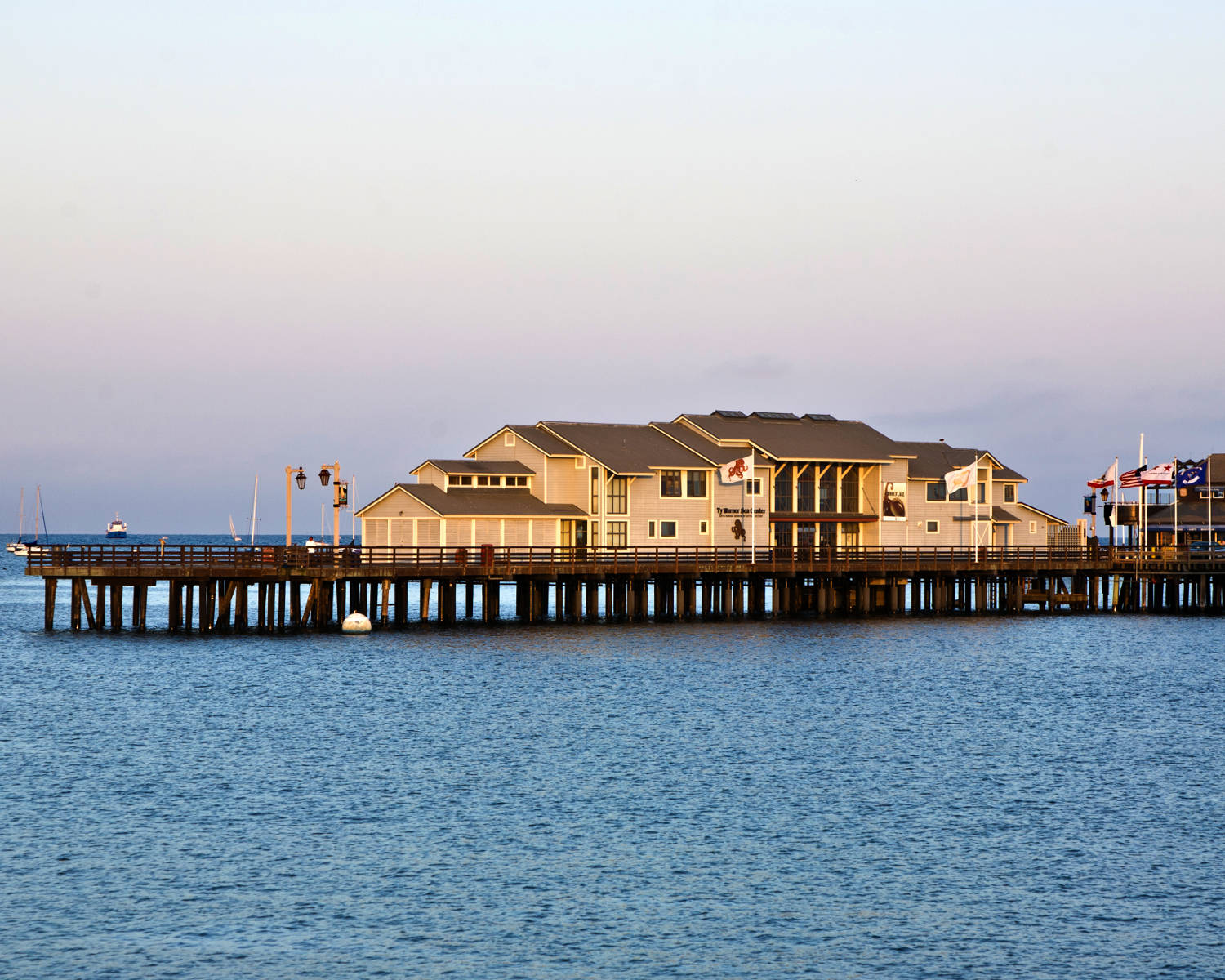 Stearns Wharf is a pier in the harbor in Santa Barbara. When completed In 1872, it became the longest deep-water pier between Los Angeles and San Francisco. Named for its builder, local lumberman John P. Stearns, the wharf served the passenger and freight shipping needs of California’s South Coast for over a quarter century. Before the wharf, passengers and cargo had to be rowed ashore through the breakers and kelp. Today, Stearns Wharf is Santa Barbara’s most visited landmark.