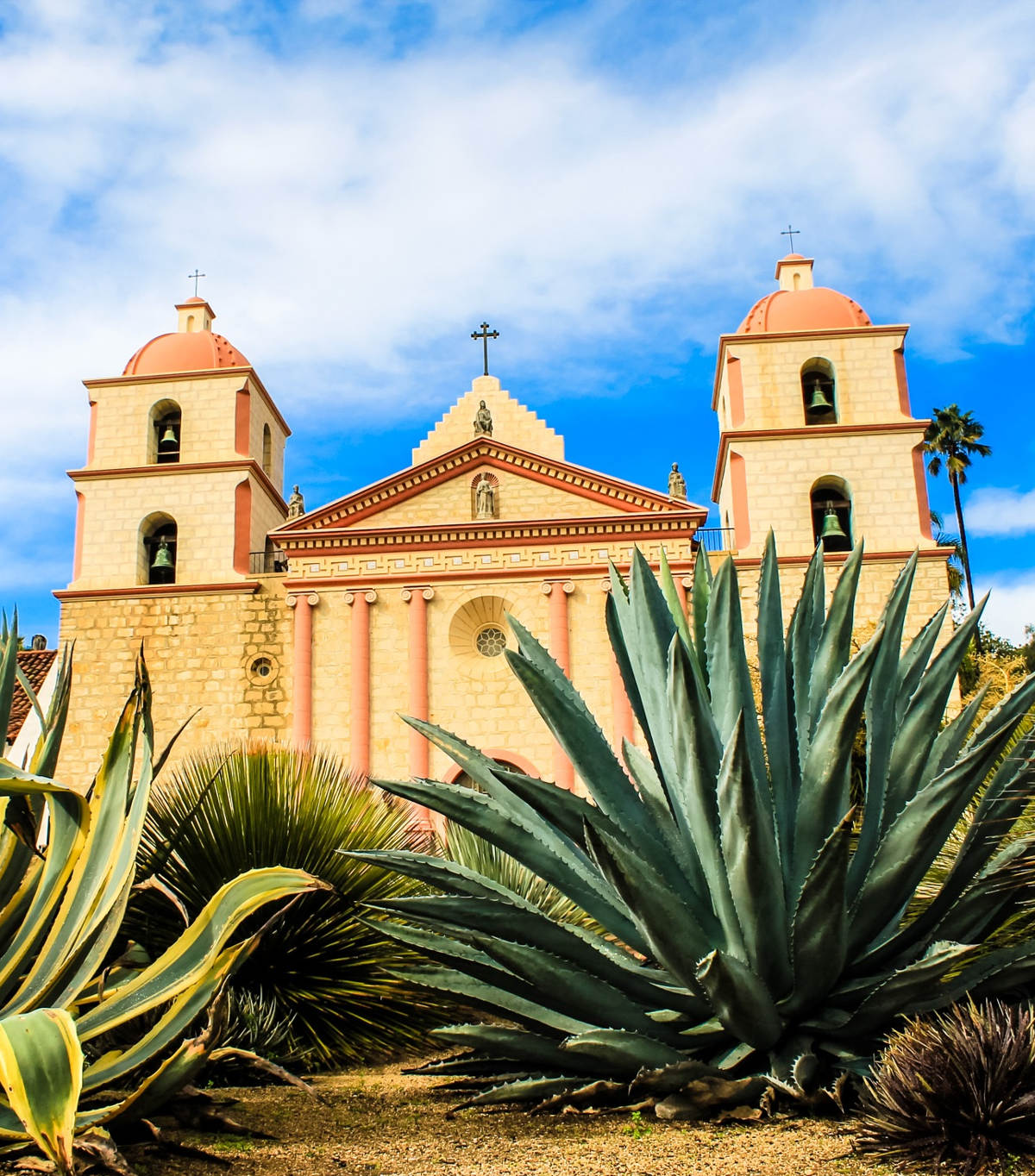 Mission Santa Barbara is a Spanish mission founded by the Franciscan order near present-day Santa Barbara. It was founded by Padre Fermín Lasuén on December 4, 1786, the feast day of Saint Barbara, as the tenth mission for the religious conversion of the indigenous local Chumash—Barbareño tribe of Native American people. The mission is the namesake of the city of Santa Barbara as well as Santa Barbara County. The Mission grounds occupy a rise between the Pacific Ocean and the Santa Ynez Mountains.