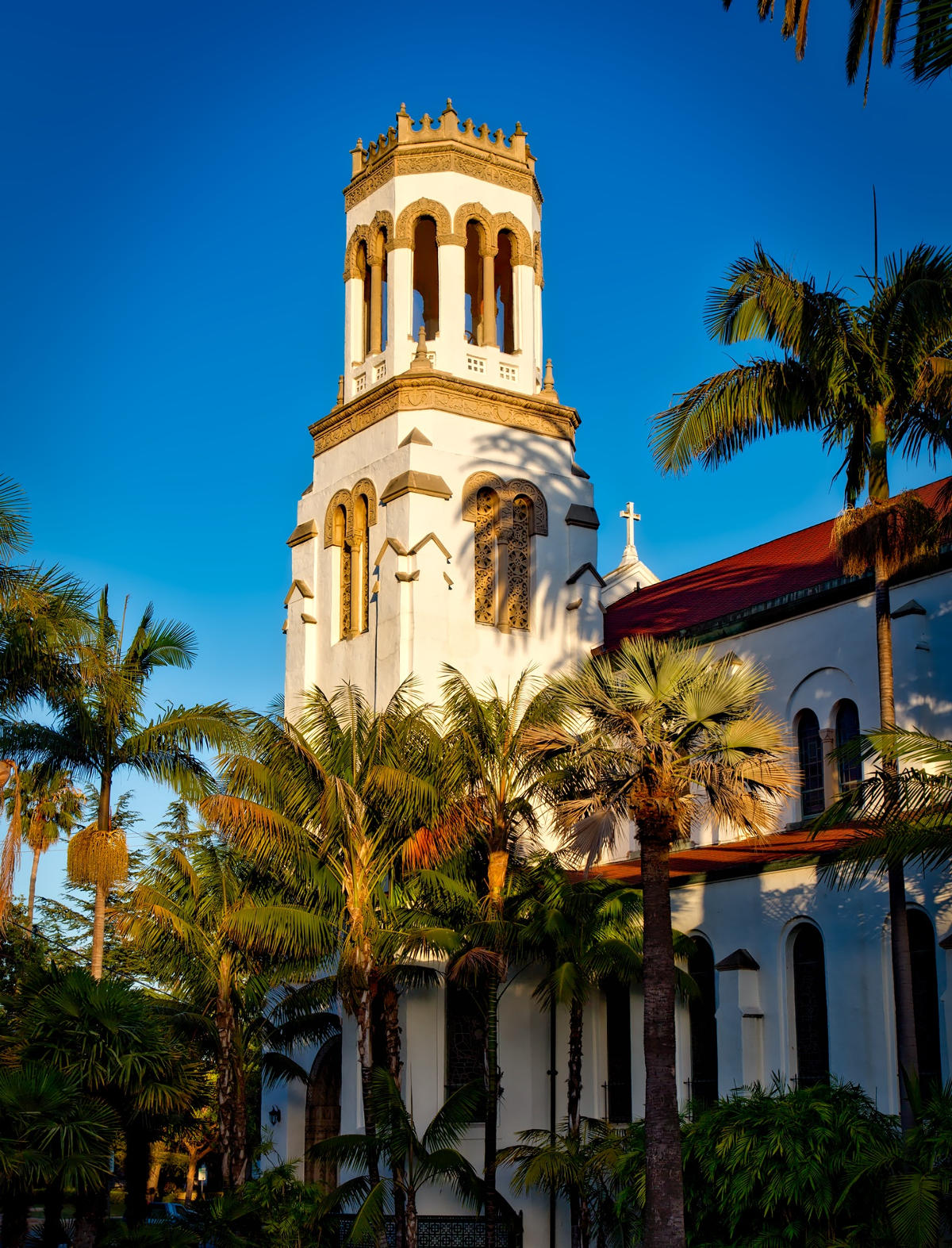 Our Lady of Sorrows

Our Lady of Sorrows, with its origins dating back to 1782 is one of the oldest churches in California. The original chapel was built to serve Presidio of Santa Barbara, colonial establishment of Spanish Empire. Father Junipero Serra O.F.M. founded the chapel and celebrated the first Mess on the place.

The first church was consecrated in July, 1855 and unfortunately destroyed in fire, only 10 years later. New church building was completed in May 1867, located at Figueroa and State, facing south towards the ocean. Bell towers were added in 1904. Another disaster, an earthquake came and completely tore down the church again in 1925. A new church was built in 1929 in a new site, at the East Sola Street.